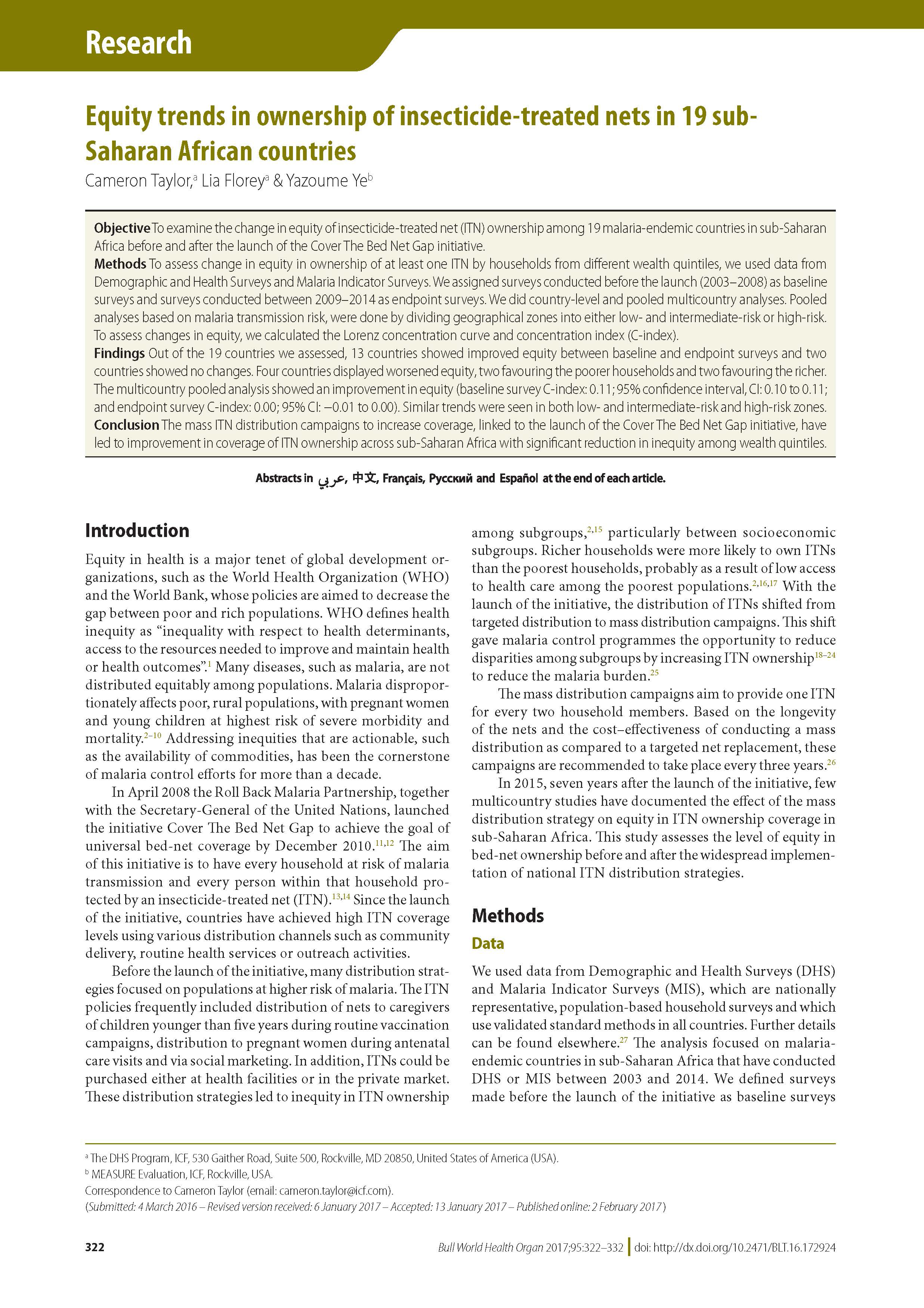 This study assessed the level of equity inbed net ownership before and after the widespread implementationof national ITN distribution strategies in 19 malaria-endemic countries in sub-Saharan Africa.

The study used data from Demographic and Health Surveys as well as Malaria Indicator Surveys. Surveys conducted prior to the launch of the initiative in 2009 were assigned as baseline surveys, and those conducted between 2009 and 2014 were considered endpoint surveys. The study used both country-level and pooled multicountry analyses. Pooled analyses based on malaria transmission risk, were done by dividing geographical zones into either low- and intermediate-risk or high-risk. A calculation of the Lorenz concentration curve and concentration index (C-index) assessed changes in equity.

Findings indicate that bed net distribution campaigns linked to the launch of the Cover The Bed Net Gap initiative, have led to improvement in coverage of ITN ownership across sub-Saharan Africa, with a significant reduction in inequity.