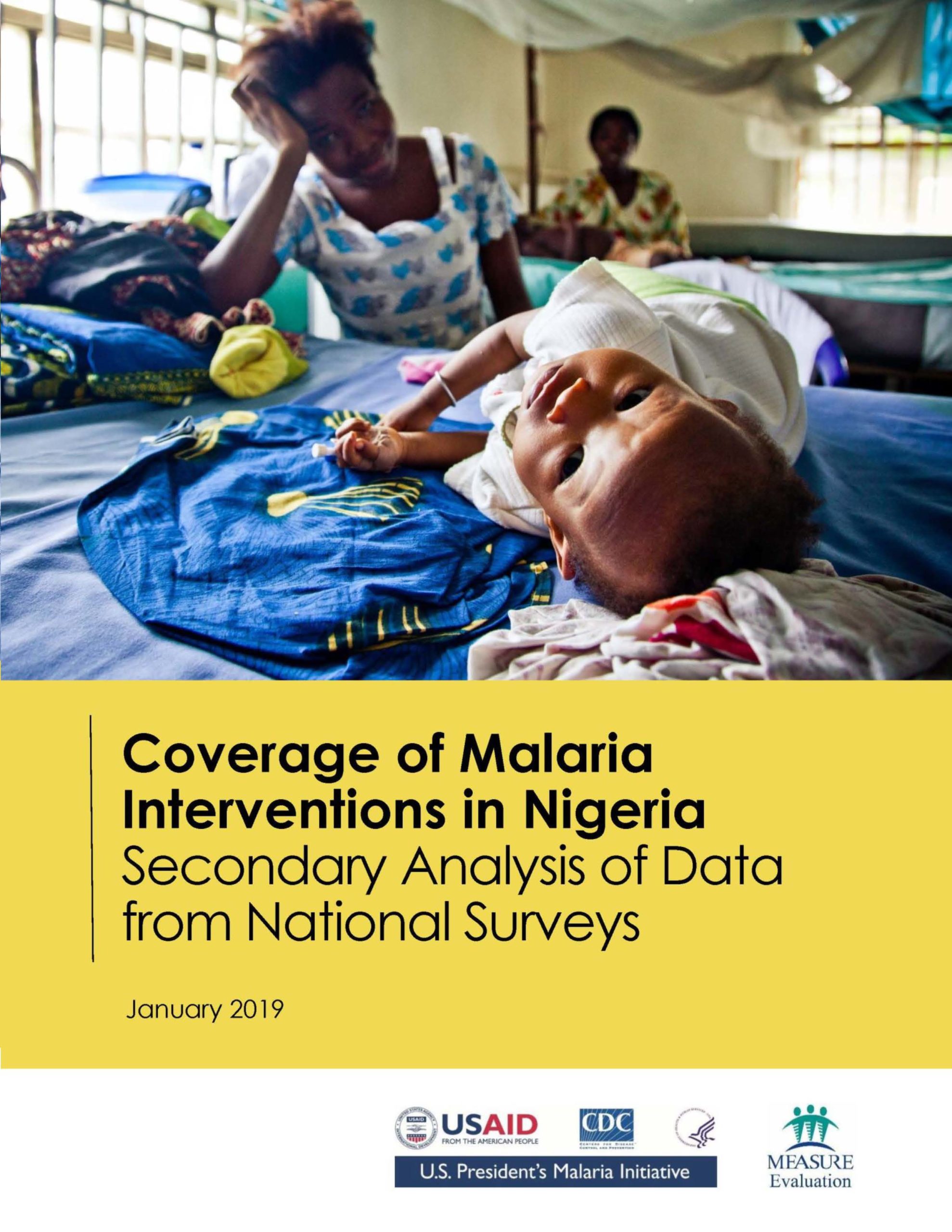 Malaria is a major public health burden in Nigeria, posing a risk to the entire population. In 2014, the country reported more than 7.8 million confirmed cases of malaria and more than 6,000 malaria deaths. Malaria accounts for approximately 60 percent of outpatient visits and 30 percent of hospitalizations among children under five. Over the past decade, substantial efforts have been made in malaria control by the government and its partners to expand coverage of insecticide-treated nets, conduct intermittent preventive treatment in pregnancy, and improve and scale up malaria case management.

To further its efforts to reduce the malaria burden, the National Malaria Elimination Programme (NMEP) and its partners are working to scale up malaria interventions in line with the Nigeria's National Malaria Strategic Plan 20142020.

To measure progress of malaria control achievements in the past decade in Nigeria and to guide future investments, Nigeria has implemented several population-based surveys, including the Nigeria Malaria Indicator Survey in 2010 and 2015, and the Nigeria Demographic and Health Survey in 2008 and 2013.

In response to a request from the President's Malaria Initiative (PMI), MEASURE Evaluation, which is funded by the United States Agency for International Development, conducted this research study to provide further evidence to guide both PMIs and NMEPs efforts in malaria program implementation in Nigeria.