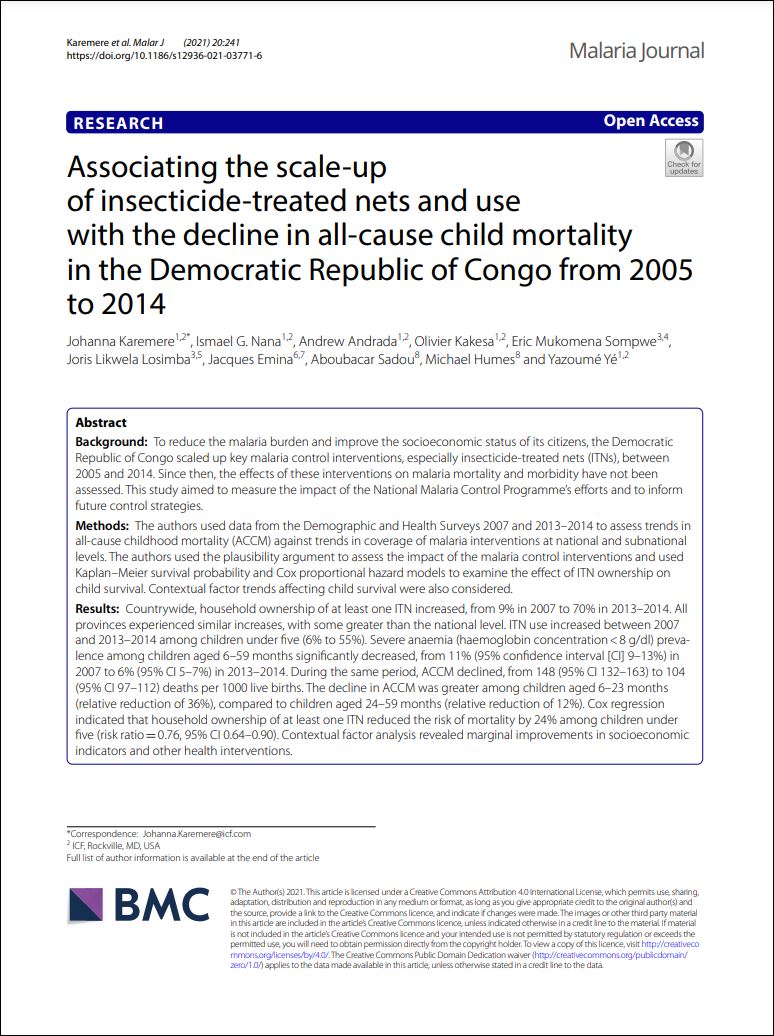 Associating the scale-up of insecticide-treated nets and use with the decline in all-cause child mortality in the Democratic Republic of Congo from 2005 to 2014
Link to Document:
s12936-021-03771-6

Background
To reduce the malaria burden and improve the socioeconomic status of its citizens, the Democratic Republic of Congo scaled up key malaria control interventions, especially insecticide-treated nets (ITNs), between 2005 and 2014. Since then, the effects of these interventions on malaria mortality and morbidity have not been assessed. This study aimed to measure the impact of the National Malaria Control Programme’s efforts and to inform future control strategies.

Methods
The authors used data from the Demographic and Health Surveys 2007 and 2013–2014 to assess trends in all-cause childhood mortality (ACCM) against trends in coverage of malaria interventions at national and subnational levels. The authors used the plausibility argument to assess the impact of the malaria control interventions and used Kaplan–Meier survival probability and Cox proportional hazard models to examine the effect of ITN ownership on child survival. Contextual factor trends affecting child survival were also considered.