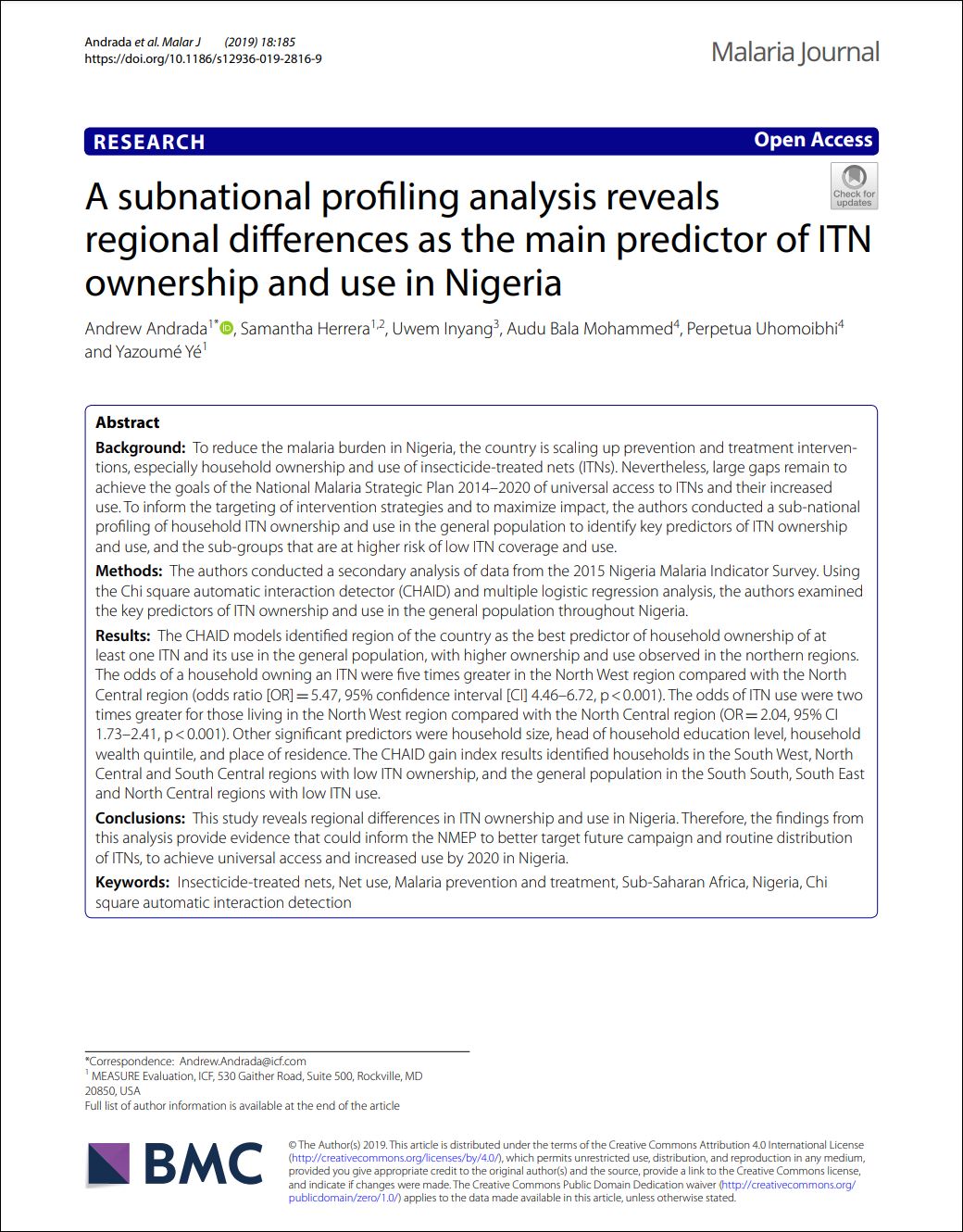 A subnational profiling analysis reveals regional differences as the main predictor of ITN ownership and use in Nigeria
Link to Document:
s12936-019-2816-9

To reduce the malaria burden in Nigeria, the country is scaling up prevention and treatment interventions, especially household ownership and use of insecticide-treated nets (ITNs). Nevertheless, large gaps remain to achieve the goals of the National Malaria Strategic Plan 20142020 of universal access to ITNs and their increased use. To inform the targeting of intervention strategies and to maximize impact, the authors conducted a sub-national profiling of household ITN ownership and use in the general population to identify key predictors of ITN ownership and use, and the sub-groups that are at higher risk of low ITN coverage and use.

Methods
The authors conducted a secondary analysis of data from the 2015 Nigeria Malaria Indicator Survey. Using the Chi square automatic interaction detector (CHAID) and multiple logistic regression analysis, the authors examined the key predictors of ITN ownership and use in the general population throughout Nigeria.

Conclusions
This study reveals regional differences in ITN ownership and use in Nigeria. Therefore, the findings from this analysis provide evidence that could inform the NMEP to better target future campaign and routine distribution of ITNs, to achieve universal access and increased use by 2020 in Nigeria.