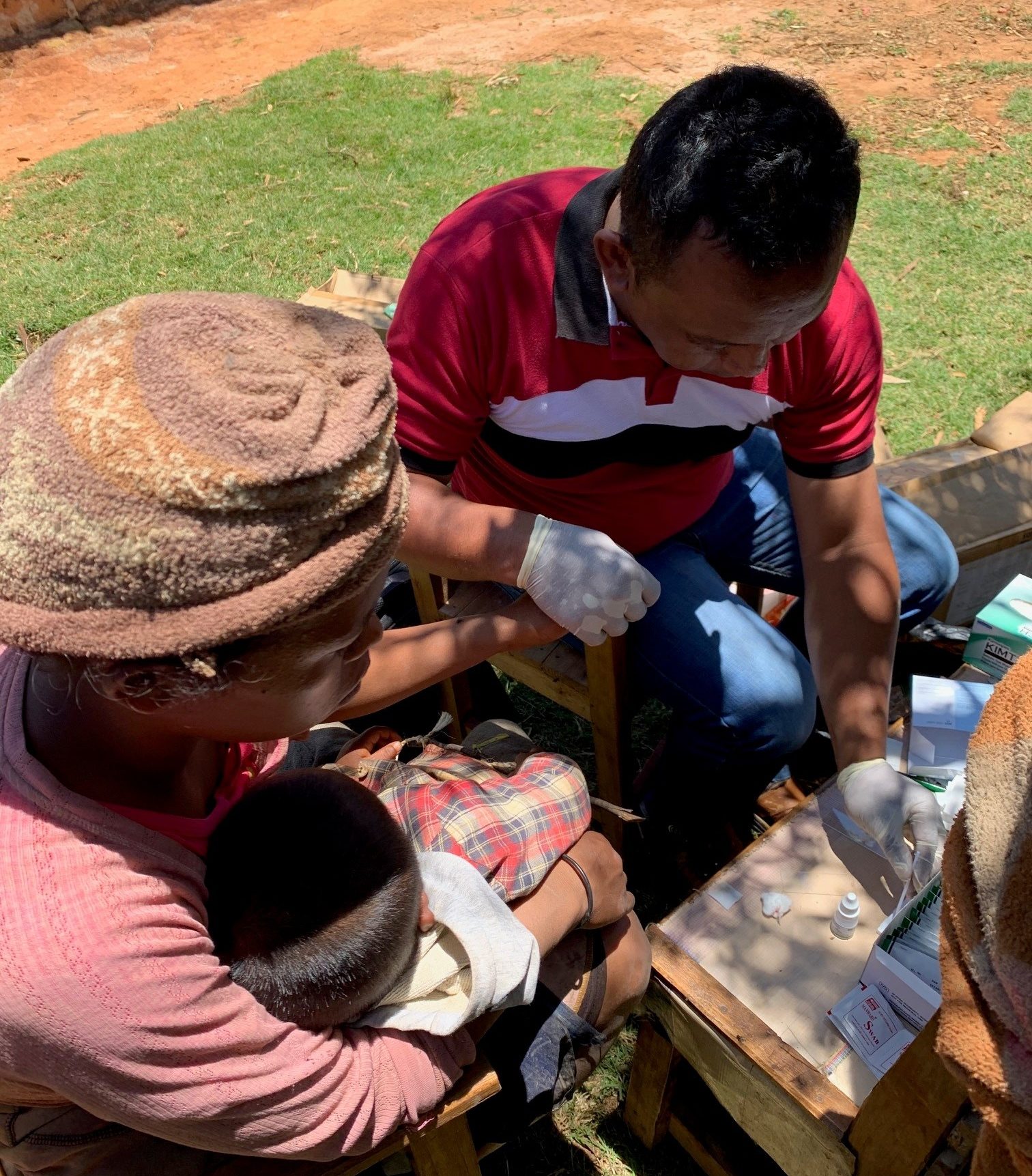 A pregnant woman visits her local health facility to be treated for a high fever. The doctor who treats her notes that she is one of several patients who have recently visited the facility for a fever and other symptoms consistent with malaria. After confirming the woman’s malaria diagnosis with a rapid diagnositic test, a data manager reports this in the surveillance system and realizes that this is the tenth confirmed malaria case at the health facility in the last two weeks. This is an unusual spike for the area, which was recently identified by the National Malaria Control Program (NMCP) as part of a malaria elimination district with an annual incidence rate under 1 case per 1000 people the past few years. By catching this increase at the first sign of a spike, quick action can be taken to identify and address potential causes, stopping an outbreak before it gets worse.

Malaria surveillance data can help prevent or minimize the severity of outbreaks when analyzed and used in a timely manner. In Madagascar’s Antsirabe II district, surveillance data recently prompted an investigation that enabled the NMCP to conduct contact testing and ensure the supply of the recommended treatment drug and long-lasting insecticidal nets (LLINs), steps that may have helped stop an outbreak before it began.

In Madagascar, the NMCP reviews weekly routine surveillance data from the Integrated Disease Surveillance and Response system (IDSR), facilitating timely responses to malaria outbreaks, like the recent response in Antsirabe II. With support from U.S. President’s Malaria Initiative (PMI) partners, the NMCP has worked to institutionalize the coordinated process of reviewing data by developing a malaria surveillance protocol for low transmission and elimination areas. Starting in 2020, the NMCP, with support from PMI Measure Malaria (PMM), have regularly coordinated with the Direction de la Veille Sanitaire, de la Surveillance Épidémiologique et Riposte (DVSSER) to improve the NMCP’s access to the electronic IDSR weekly data. The NMCP and the DVSSER developed a reporting template for weekly surveillance data, established improved data flow between the two entities, and determined a process to validate malaria alerts from the IDSR before launching malaria outbreak investigations and responses.

As a result of consistent access to routine surveillance data through coordination with the DVSSER, the NMCP has been able to identify potential outbreaks and plan timely investigations and responses. In the first quarter of 2021, 1,069 malaria alerts were reported by 322 communes through the IDSR system, which enabled the NMCP to investigate 99 percent of alerts for confirmation.

In January 2021, a review of recent surveillance data found more than 40 reported malaria cases in Antsirabe II, which is in the malaria elimination stage. As a result of this surge, the NMCP, with support from PMM and PMI Impact Malaria, conducted an active case investigation of the 40 reported malaria index cases (the first documented cases). This resulted in 882 people, including index case family members and surrounding households, being screened for malaria. Among the 882 people, two tested positive. The investigation team observed that the recommended treatment drug, Primaquine, was not available in any of the health centers in the community where positive cases were notified. Actions were taken to make Primaquine available to treat positive cases as instructed in the national malaria elimination strategy. Based on the shortage of Primaquine, NMCP staff in charge of commodities management distributed the drug to the targeted health centers in Anstirabe II following the completion of the investigation, enabling people confirmed with malaria to receive the needed treatment.

To understand why this surge occurred, it was noted that the population in Antsirabe II was not part of the most recent LLIN campaign, meaning that most households did not have bed nets to use as a preventative measure. The team concluded that district and health center teams should take on preventive measures, such as the use of LLINs, and increase awareness of the importance of visiting health centers for all fevers or signs of disease after travel to an endemic area. The NMCP will provide free LLINs to households among which index cases were reported. Additionally, the NMCP and health districts should ensure that malaria commodities, such as rapid diagnostic tests and treatments, are available at health centers.

The program was able to make a data-informed decision to initiate a timely active case investigation that led to screening and treatment of malaria cases because of the improved access to high quality routine surveillance data. The active case investigation also gave the NMCP the opportunity to provide actionable recommendations to improve malaria prevention and treatment in Antsirabe II. The use of malaria surveillance data helps ensure timely responses to malaria outbreaks by better equipping the NMCP to make evidence-based decisions.

This is the fourth and final story in a series focusing on the data use cycle to strengthen malaria programs. Read more from the series:

Celebrating 15 Years of PMI: Focusing on the Data Use Cycle to Strengthen Malaria Programs